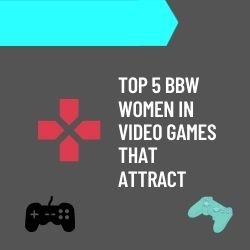 wanna know about Among Us character.

Ellie From Borderlands 2 is a non-player character introduced in Borderlands 2. She’s Scooter’s sister and mad Moxxi’s daughter. Elli is the mechanic who introduces the Bandit technical in the game.

Together with her family, Ellie was part of the Hodunk clan; the Hodunks made her the clan-wife. Elli was angry because of Moxxi’s insistence that she lose weight, and she decided to leave Sanctuary and moved into The Dust.

Formally known as Hannah, Hammer is the Hero of strength in the action role-playing game (ARPG) created by Lionhead Studios. She’s also the companion for the Hero of Bower Lake. The Abbot adopted the Hammer when she was still a kid and raised her as a Monk. She’s frustrated with the Monks’ teachings and questions their pacifist nature.

At first, Hammer is highly talkative; however, this reduces as the game progresses. Her sense of humor also lessens, and she remains uneasy around new people. Hammer alienates many people that she meets.

Buttercup was featured in Bleeding Edge as a fighter; this big-hearted, plus-sized Cajun motorcycle enthusiast has a religious background. She’s among the earliest recruits of the “Bleeding Edge” gang. Buttercup joined this gang, and it became her new family; her new family helped her rediscover her passion after she thought it was lost.

With her Launch, Yank, and Power Slide, Buttercup can bodily force her enemies out of position or punish them. She can use the Yank to force an issue like hooking her enemies into her team so that they can pile on them. Her Oil Slick compounds the issue further as it serves as it can ensure a snagged enemy does not escape.

Zarya is a Russian soldier and powerlifter who was created to satisfy calls from gamers to add more diverse types of bodies after the game’s first set of heroes was revealed.

In the game, she carries a Particle Cannon that can launch an energy projectile and emit a beam of energy. Zarya can also project a Particle Barrier onto one of her teammates or herself. Soaking up damage using these barriers will raise the power of Zarya’s attacks proportionally.

Mei is a curvy, playable character who appeared in the 2016 video game Overwatch. She also appeared in related media and Heroes of the Storm. She’s a climatologist and an adventurer from China. Mei is also among the last heroes who were introduced into Overwatch before its official release.

In the game, Overwatch hired her to find the reason why the climate was changing, which was blamed on the increased consumption of natural resources, the increasing omnic population, and industry.