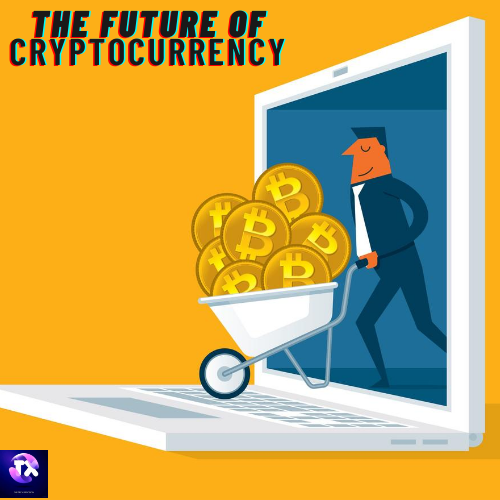 INTRODUCTION :- The Future of Cryptocurrency

Taking the world by storm, Cryptocurrency has managed to store $200 billion in a short span and still to grow at a fast pace. Today, it proffers cutting-edge benefits, which are transformative and diverse. Ever since Bitcoin was rolled out in 2009, Cryptocurrency received a significant leap by turning out as real-time money from an academic concept.

With the advanced encryption techniques and enormous growth in the subsequent years, it attracted several investors and media. Investors are getting inclined towards the Cryptocurrency.

The number of newbies entering into this world of currency is geared to become boundless. Considering the outright factors, what exactly does the future of Digital currency hold for us? Is it going to supplant conventional currencies like Dollars or Euros? Or is it just a fad, which will nowhere to be found in the future?

Without further ado, let’s take a deep dive into what the future OF DIGITAL CURRENCY holds for us.

Cryptocurrency: How it Works?

It’s an exceedingly encrypted decentralized exchange in the digital world. It brings into the use of cryptography, which acts as a medium of exchange. The outright transactions are recorded in a digital ledger, which is known as Blockchain. It’s a streamlined process that is called mining.

This type of cryptocurrency is an entirely self-contained type of digital currency, which eliminates the requirement of going to a bank to make the transactions. It is stored in the cloud, which can be accessed by phone, tablets, PC, etc.

It’s forgery-resistant, and hacking into the process is nearly impossible. It is way too complex that uses advanced-level security, which also builds the factor of trust and credibility in the customers.

The Future of Cryptocurrency

As per the economic analysts, a tremendous change is forthcoming as institutional money setting its foot in the market. It is highly possible that the crypto will levitate in the Nasdaq, resulting in adding the trust and credibility to the Blockchain and its uses as an alternative currency to the conventional currency.

Some experts also predict that the Cryptocurrency needs to be verified in order to gain more credibility and an enormous expansion. And, it can be only possible with the ETF (Verified Exchange Traded Fund).

The ETF would result in making a significant impact on the market, which will also let the people who are pensive make a move and invest in the market. But, in order to make it happen, an extensive demand of the Cryptocurrency is much needed, which is an arduous task to generate automatically.

Over the years, it has been assumed that cryptocurrencies are volatile, especially when it comes to Bitcoin. But, in reality, it’s the Government of United States Financial Regulators who takes the decisions, which then volatile the currency. However, in the future of Cryptocurrency, there is so much more to witness near in the future.

Let’s have a look.

Why Should You Rely On I-Wize?

Investing money is an overwhelming undertaking. It takes a lot of strenuous efforts to figure out the right tactics and methodologies involved throughout the process. Therefore, i-wize comes with an extensive network, operating around 15.8% of the bitcoin network hashing power.

It sticks to the thumb rule, if they fail to proffer exceptional results to our customers, the services mean nothing. In order to provide the cutting-edge approach for finance technology, i-wize fits through the Cryptocurrency and the blockchain.

With the help of their professional’s in-depth knowledge about the outright process, it has managed to let their customers attain the heights and stand out tall from the crowd.

Using the Cryptocurrency and conventional income space, it generates year to year growth for our clientele and significantly increases the returns by 2.66%.

So, there’s no need for you to exaggerate your research or decision anymore. Feel free to reach i-wize and get a free consultation with the experts. Eliminate the risk and let the experts prepare an exceptional proposal for your investment plans.

Fill out the form; the representative will reach out you shortly to get rid of all your queries and doubts, register yourself here to get started

Now, coming back to the outlook of Cryptocurrency. It is currently facing some limitations such as the risk of getting digital fortune erased, and if the virtual vault will be ransacked. But, the more popular it becomes the more regulations, security, and government scrutiny it is likely to attract. Considering the above factors, it’s safe to say, the outlook of Cryptocurrency is positive, and it has an enormous potential remaining in it.