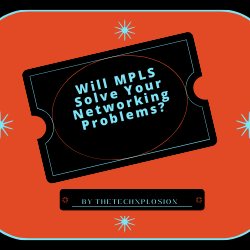 It can be difficult to know whether you’re making the most out of your current business network setup, particularly if you aren’t aware of every cutting-edge development in the IT world.

Really, an IT network is just a concept that can be dreamed up in a myriad of ways, with every iteration giving you different benefits and drawbacks. For example, implementing MPLS into your network could potentially solve a lot of problems, but only if you know how to use the tech – without that understanding, you may as well not even have it!

In this article, we’ll explain exactly what MPLS means, what you should be looking for from a provider, how it functions within your network, and some of the networking issues it could improve or fix so that you can make an informed decision on whether it would be the best choice for your business.

You might find that IT professionals throw the word MPLS around without much explanation, and if you haven’t come across the acronym before, it might as well be a random jumble of letters! MPLS stands for Multi-Protocol Label Switching, and while it might sound confusing, it’s actually fairly straightforward.

Let’s break it down further. A protocol is a language, or rather a set of rules, that IT devices on a network used to communicate with one another and to explain how data needs to be handled. Essentially, if two devices are using the same protocol, then data passed between them will be handled in the same way. Therefore, the Multi-Protocol part just refers to how an MPLS system can be used on networks that utilize more than one protocol.

Next, the Label part of MPLS is actually quite similar to how we use labels outside of the IT world. A digital label is basically just a piece of information attached to a packet of data as it travels through a network, that identifies what priority that data is, and subsequently how it needs to be handled.

Finally, the Switching part of the acronym refers to how a Label Switch Router (or LSR) is used to identify the label attached to the packets of data, which can then be appropriately handled.

What does MPLS do differently?

So now that we’ve laid out the acronym, let’s start considering how MPLS can work beyond the technical details. You can think of MPLS as like a traffic management system – without it, your traffic is only going to be policed by the available bandwidth (the amount of traffic the network can handle at once).

In this system, no one type of data is more important than another, meaning that non-urgent data from emails or non-essential calls are clogging up the network, keeping more significant data from something like an important video conference from passing through unhindered.

In essence, a network without MPLS is a chaotic place – with MPLS, you can introduce some order. By utilizing the labels and route switching system, an MPLS solution can ensure that all of your traffic is routed intelligently and dynamically, according to the given priority level.

Do you have an application that’s vital to the running of your business? You can use MPLS to mark it as the highest possible priority, with other applications coming lower on the list, meaning that the impact is lessened if you run into bandwidth issues.

What Are The Advantages Of Using MPLS?

If you’re seriously considering MPLS as a solution to your networking problems, then knowing the specifics of exactly how it can help you is vital. Here are just a few of the advantages you could gain by implementing this system:

As previously implied, many businesses nowadays utilize real-time cloud based applications in order to deliver their services. Although this can bring a huge number of benefits, the nature of these cloud-based apps means that they’re very sensitive to performance issues. By making use of an MPLS system, and more specifically of the switching mechanism, you can make sure that real-time applications are boosted. Not only will this result in a faster, more reliable service delivery, but also in an improved end-user experience.

One benefit of MPLS systems is the simplification they can bring to connections between devices and locations. This makes any work for IT professionals much more straightforward, as a simpler system is one that’s easier to maintain. Basically, when data is labelled right, it can be fast-tracked along with your network regardless of geographical distance, getting rid of a range of extraneous variables that would usually get in the way of maintenance work on the network.

If you work in a busy office with an overloaded network, it’s not uncommon to run into issues around congestion. This occurs when the amount of bandwidth you have isn’t enough to hold all the traffic in your network; this means that data has to be dropped to free up space, which worsens the quality of your service. If you use an MPLS system, traffic is routed on non-standard paths, meaning that all data can be delivered quickly.

It’s no easy task to expand a traditional network, and will likely take a lot of time and effort from your IT team as virtual connections have to be set up between your current site and the site you’re expanding to. These ‘tunnels’ can safeguard data as it passes through the two locations, but MPLS gets rid of this requirement, making sure that your data always has the most efficient route to its next stop.

Should You Implement MPLS?

Unfortunately, this isn’t a question we can give an easy answer to – it really comes down to the specific needs of your business, and whether your IT team thinks it would be a worthy investment. However, if you aren’t sure, it’s worth considering the following factors:

If any of these points are relevant to your own network, then you might want to start looking into MPLS providers. You might find that looking for the right provider takes a bit of extra effort, but like MPLS itself, it’s an investment that will pay off in the long run.