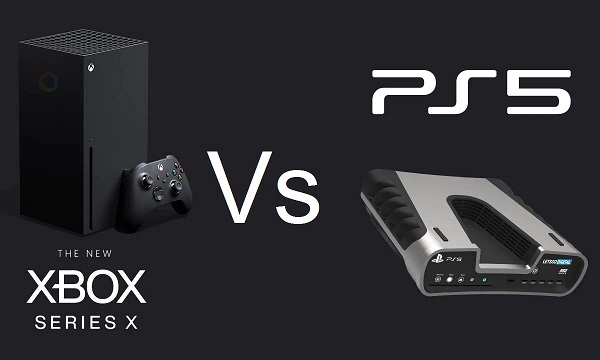 Now we know the specs of the PS5 and an XBOX Series X. We have been spending every second of the last few comparing and contrasting everything we are learned about the consoles. Whether it’s The CPU, GPU OR STORAGE. We are doing our best to try and figure out exactly who has the advantage between Sony and Microsoft in the upcoming console wars. Well, it seems like Microsoft is leading the way in terms of raw power. Sony has optimized every inch of the PS5 for gaming and we may have very well found out what heir secret weapon is?. So in this article, I will show YOU all about PS5: Is It enough.

AS WE ALL KNOW EVERYONE IS TALKING ABOUT TERAFLOPS AND THE FACT THAT THE XBOX SERIES X HAS 12 OF THEM WHILE THE PS ONLY HAS 10.28.

But what actually is teraflop?

The PS5 and Xbox series x are wildly different in software and hardware. Well, the teraflops of Xbox series x is more but it doesn’t mean it is more amazing than PS5. The 1 teraflops of the PS5 could be equivalent to one-and-a-half teraflops of the Xbox series AND VICE VERSA. If they were running the exact same hardware and software then you could easily say that the XBOX series has a more powerful GPU than the PS5.

I THINK The real war of these two consoles is in terms of storage TERAFLOPS SONY ANY MICROSOFT EACH WENT IN A COMPLETELY DIFFERENT DIRECTION WITH THEIR SOLID-STATE DRIVES. Sony recently unveiled in a custom 825 gigabytes solid-state drive with the expansion bay for additional storage will be in the PS5. Sony has a very unique amount of storage. The XBOX series x has one terabyte custom NVME SSD it also comes with expansion bay for external storage.

BOTH SSD is very impressive but we feel like sony’s SSD is better besides having less storage do you think?. WELL, instead of putting all their resources into giving their consoles as much power as possible. Sony focused on optimizing everything for gaming that’s why the PS5 FEATURES ARE NOT ATTRACTIVE THAN XBOX SERIES X. BEFORE BEGINNING DEVELOPMENT ON THE PS 5 SONY ASKED DEVELOPERS WHAT THEY WANTED TO SEE IMPROVED FOR THE NEXT GENERATION OF CONSOLES.

MORE STORAGE DOES NOT MATTER MUCH!

Most of the developers said that they wanted SSDS specifically ones optimized for gaming, not for storage. Developers are very limited with what they can do on a hard drive but a solid-state drive opens things up to developers exponentially because of this sony really focused on making their solid-state drive the best. It could be sure that it has less storage than Xbox but it’s better in pretty much every other way. SSD drives do much more than just store games they also tremendously decrease load time.

FOR EXAMPLE, MARVEL’S SPIDER-MAN TAKES 8.1 SECONDS TO LOAD ON A PS4 BUT ON THE PS5 IT ONLY TAKES 0.8 SECONDS TO LOAD. This means we’re going back to the cartridge days because you will just be able to load up a game and start playing it in a no time. Well, we expect a good number from the XBOX SERIES X AS WELL WE DOUBT THEY’LL BE ABLE TO RIVAL THOSE OF THE PS5.

PS5: IS IT ENOUGH? AN ENTIRELY DIFFERENT FIELD!

The PS5 is entirely different league when it comes to storage as the spec makes it clear that the console has a much faster SSD. In fact, at GDC last month share the specs of their SSD with the public and it absolutely blew us away. It’s capable of five-and-a-half gigabytes per second of data transfer without compression and 8 to 9 seconds with compression.

On the other hand, the XBOX SERIES X SSD was much less impressive in comparison as it’s only capable of 2.4 GB/SEC without compression and 6 GIGS WITH PRESSURE.

1
PS5 IS REALLY FAST WHICH GIVE A VERY FAST GAMING EXPERIENCE. YOU CAN ALSO PURCHASE THE SSD TO INCREASE STORAGE OF YOUR CONSOLE.

A RUMOUR OF PS5 PRO THAT IT WILL RELEASED ALONGSIDE THE REGULAR PS5IN THE 2020 HOLIDAY SEASON.

AT LAST, IT IS CLEAR THAT PS5: IS IT ENOUGH, YES IT IS ENOUGH

LET US KNOW IN COMMENT WHAT YOUR FAVOURITE CONSOLES FOR GAMING!